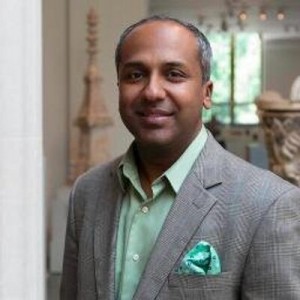 Sree Sreenivasan is the first Chief Digital Officer at the Metropolitan Museum of Art, the latest step in what he calls “a three-decade, one-way love affair with the world’s greatest museum.

At the Met, he leads a world-class team on topics he loves: digital, social, mobile, video, apps, data, geolocation, email and more.

He joined the Met after spending 20 years at Columbia University as a member of the faculty of the Columbia Journalism School and a year as the university’s first Chief Digital Officer. He will continue to teach a digital media course there each semester.